…and WHAT happened on the way to the museum?

Strolling along, taking in the ‘style et de charme’ of the Paris streets, Martha and her husband were on their way to the Louvre when out of the corner of her eye, Martha spotted a needlepoint shop. Full stop! Museum can wait! We’re going in! A delightful shop located along the Seine between the Opera and the Louvre winked and beckoned at its newest clientele. In its third generation of family ownership (granddaughter following in grandmother’s heels), the shop is known for reproductions of Renaissance art on needlepoint canvas. 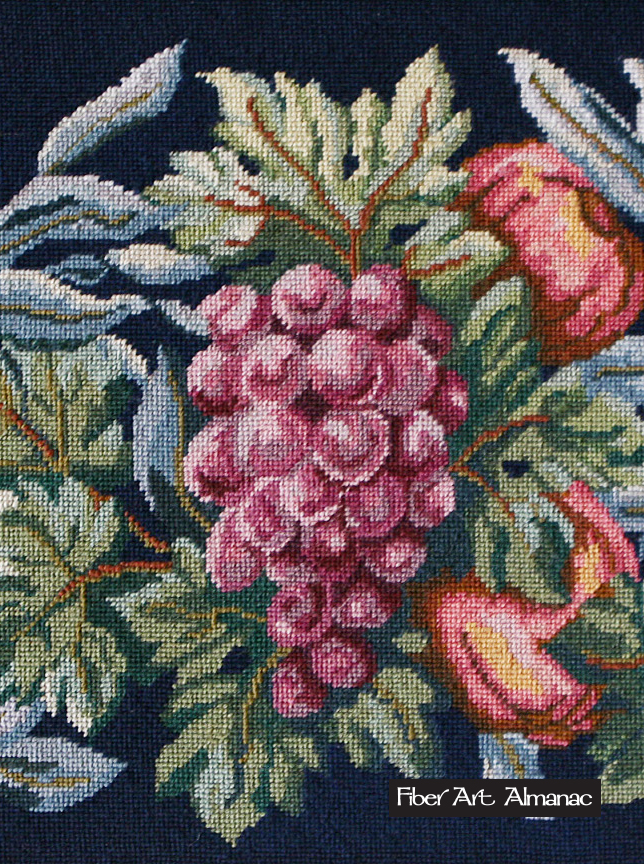 A little background on the Renaissance movement…

Still Life, the subject of this canvas, became very popular during the 15th and 16th centuries as cultural changes and ways of thinking about the natural world shifted European thought. As artistic subject matter moved from (mostly) religious icons and messages to detailed examination of the natural world, there remained a message or link through the subject matter itself. For example, still life paintings of food and flowers were thought to be symbolic of the seasons and of the five senses. Temporal, lasting for a brief period of time.

Optical realism, with its high attention to detail, was very popular with Northern European artists. The advent of oil painting technique (which gained popularity in Europe in the 15th century) and its slow to dry characteristics, allowed artists opportunity to mimic the subtle color changes of a flower petal by layering and mixing colors together or to change the shape completely! 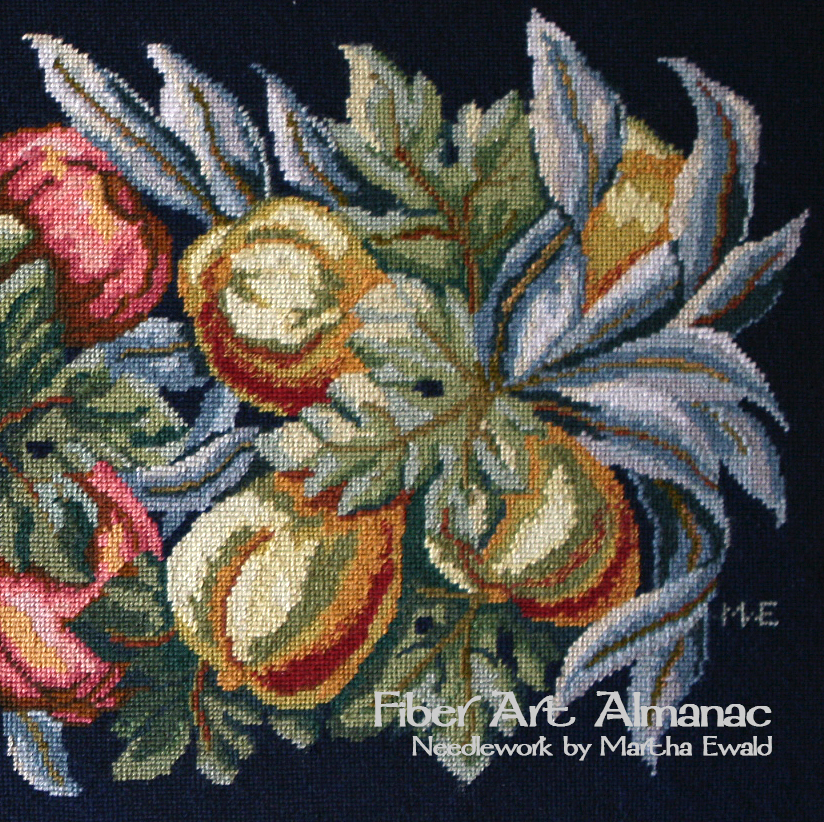 Martha recalls the shop being filled with hand painted designs on canvas, books (in French) and an array of colorful thread in a variety of fiber. It didn’t take long to find several pieces to her liking. But what is to come between a woman facing her needlepoint destiny and the little matter of the misplaced decimal amid financial negotiations between le Franc and the US Buck-a-roo? (Raised eyebrows). It’s all in the stranding. Observing the Parisian method of color selection and allotment, Martha began to figure revisions to the amount she might need using her own estimations; which resulted in a slight price relaxation. Smiles and adieux all around, Martha and Clark set off for the Louvre.

Several months later the hand painted canvas arrived in the mail as promised. Delighted, Martha began working diligently on her new piece. Using a continental stitch on 14 point canvas it soon became apparent the supply of carefully selected yarn was dwindling at a faster rate than appearing as stitches on the canvas.  Could the Parisian method of determining the needed amount of thread be the more accurate method after all? “Hello, Paris?” Additional provisions arrived in due time bringing Martha the required stranding to complete the beautiful piece and hang it in her dining room. It is ‘belle et charmante’!