Madcap adventures, mishaps, all the big things in life and leisurely days frittered away wove four women’s lives together in friendship. With a gleam in their eyes, they’ll say they met while hooking. They are mischievous—the lot of them—down to the linen canvas of their hand hooked rugs!

Even though their bond of friendship has eclipsed their mutual pursuit of craft projects; hooking with wool is a treasured pastime. Collaborative works, such as a Relay for Life silent auction rug, participation in local hospital exhibits and support for other women in their small rug hooking community are hallmarks of extending the hand of friendship to others. Debbie Hjelm Johnson sums it up with one word, “fellowship.” 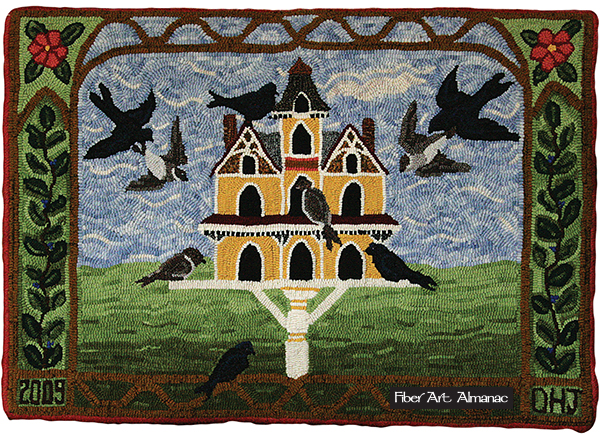 Debbie is a woman who wears responsibility and stewardship well. For more than thirty years her family has lived in a pre-Civil War rambling Victorian house with all the trimmings. She says they are merely stewards of this ‘grand dame’ in Stillwater, Minnesota–a town that has a tour book for its showcase of historic architecture and who calls itself the ‘birthplace of Minnesota’. (Some of my favorite Almanac images were photographed in Debbie’s home.) Home and house are very important for Debbie. For many years, she owned a home furnishing business called Material Possessions. She collaborated with interior designers and put her Textile and Design degree to work making draperies and bed coverings. Six years ago, while smiling and chatting through a networking picnic for her business, Debbie met Mary Magnusson who shared stories of her love of rug hooking. The rug bug took hold and shortly after that, Debbie embarked on an all consuming hunt for wool. ­ 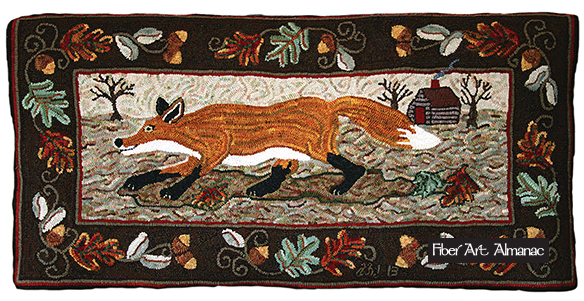 Cheekily asking her how many rug hooking projects she has going at a time, she laughed and replied that she works on one project at a time until it’s finished. No UFOs. Chagrined, I asked about her method for selecting a project and she told me a story. Growing up in Brainerd, Minnesota, she and her mom embarked on many sewing projects. Fully supporting her creative efforts, her parents also instilled a sense of discipline to finish what she started. Debbie carries that with her today and knows that when she selects a rug hooking project, she will see it through. So instead of a room with bags and boxes of half-finished-this and half-finished-that, Debbie has drawers full of beautiful hand hooked rugs!

Dyeing her own wool is her biggest challenge and her biggest joy. She loves the randomness of what comes out of the pot. Dyeing wool is not an exact science and sometimes the outcomes are unpredictable, but when it’s the dead of a Minnesota winter, color in the dye pot provides just the spark for creative flow. Debbie says she is open to many different styles (not only popular primitive or whimsical styles) and says doesn’t have any special technique or signature, but she really likes the color work. 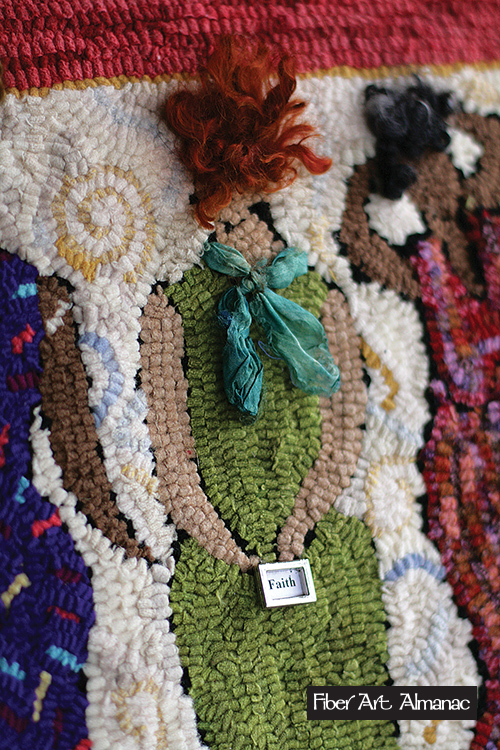 Each completed rug is like a diary, of sorts, holding memories about her life during the time she created it—the memories are in the loops. The rug’s purpose is served only in the creation. When she is done, she moves forward and enjoys the accomplishment of a finished piece and fellowship with good friends. 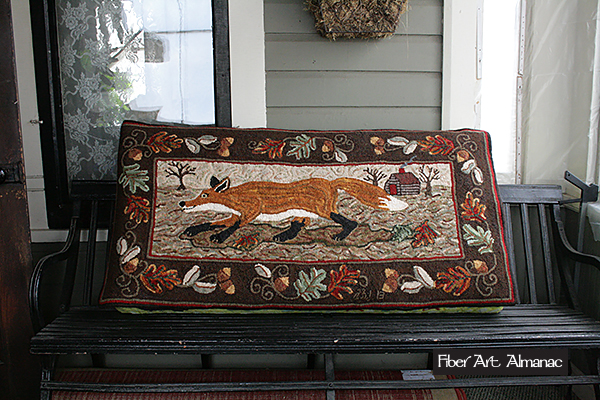 Fox on the front porch in winter.