While I was in the Textile Center library yesterday I delightfully perused the periodicals shelf. It’s a hotbed of inspiration in the form of textile magazines; all kinds from ad-stuffed quilting quarterlies to modern magbooks with stunning photography and a contemporary view.

The gloves on the cover of Piecework magazine (Interweave Press, 2014) caught my eye with their distinctive patterning and construction. They are called Sanquhar Gloves because they hail from the Royal Burgh of Sanquhar, Scotland. Imagine windswept hills, ancient Celtic forts, Roman ruins, a shell of a castle dating from the 1300’s, and ghosts who linger in and around the Sanquhar castle ruins! 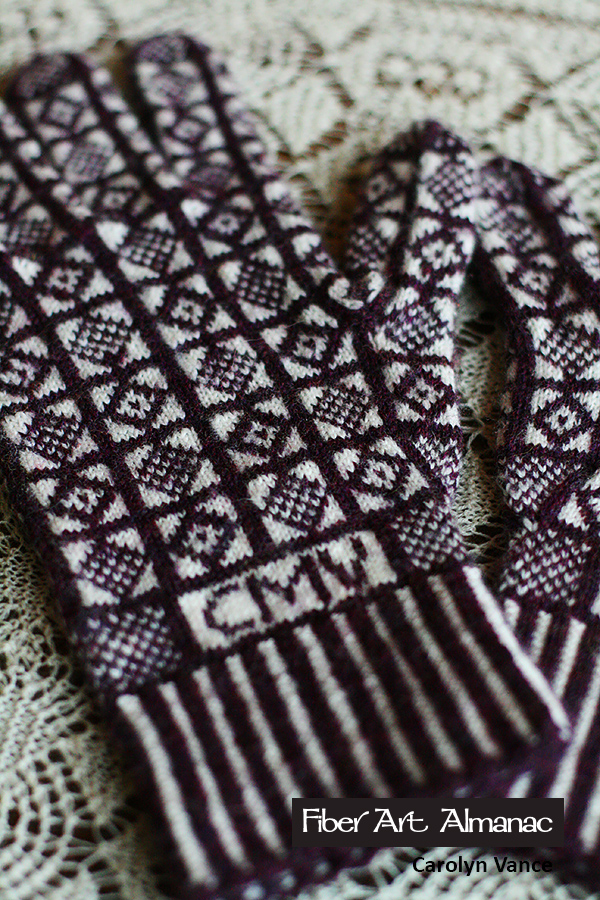 Back in the day, Sanquhar was a hotbed of activity because of its location along the River Nith. Industry bloomed and woolen mills popped along the river taking advantage of one of Scotland’s best known resources; sheep. The wool trade has been important in the coastal shipping towns since medieval times and early on Sanquhar served as an inland hub. In the summers, the Sanquhar Wool Fair brought suppliers and merchants together, essentially regulating the trade prices for southern Scotland. 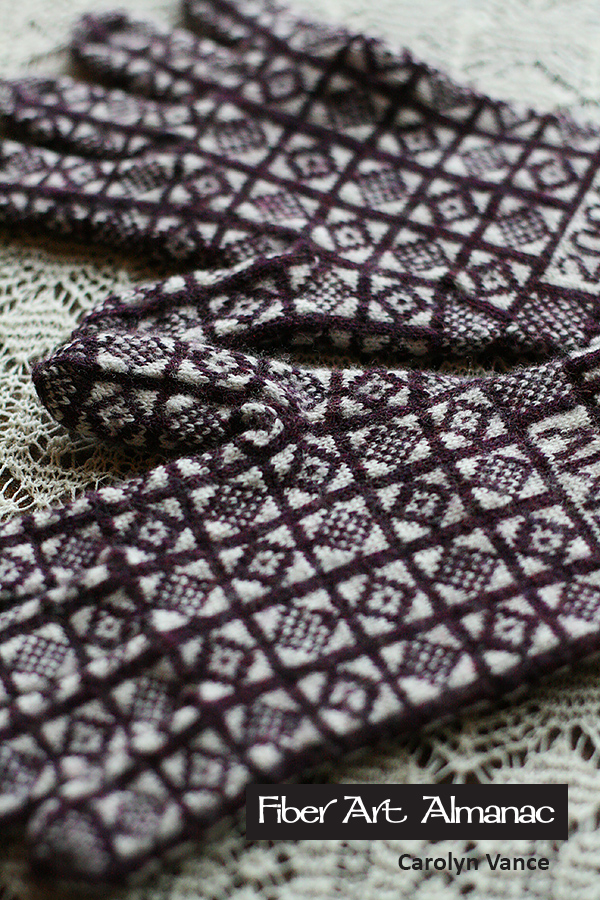 With wool in plentiful supply, Sanquhar weavers and knitters plied their wares and started to make a name for themselves. Known for a variety of clothing and items for the home, Sanquhar gloves were considered very special. In the mid-1900’s, the 75-year old Scottish Women’s Rural Institute (SWRI), whose mission is to advance the education and training of those who live in and are interested in the country life and promote the preservation and development of Scotland’s traditions, rural heritage and culture; published the unique Sanquhar glove patterns in their newsletters. SWRI

The glove construction is unique because of its gussets and sizing. In addition to the thumb gusset, gussets are placed between each of the fingers for a superlative fit. The patterns come in one size; not that Scottish lairds and farmers are a one-size group of people, but the only way to make a bigger pair of gloves is to use larger needles. The patterns published in the SWRI use US 000 size needles. Yes, that’s three zeros with a very fine 3-ply yarn. It’s tradition to knit the maker’s initials and year the gloves were made into the cuff. 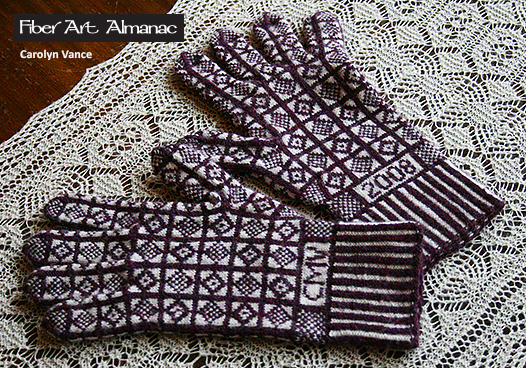 These gloves were made by Carolyn Vance in 2008. Carolyn is from Minnesota and enjoys a good challenge with intricate two-color and lace patterning.  The pattern Carolyn knit is the Duke Design and according to the SWRI, this pattern is the most popular. The pattern uses two high contrast colors of yarn which makes the design really pop. Carolyn is also a Master Hand Knitting Program Examiner with The Knitters’ Guild of America. Carolyn was a featured artist in the 2013 Fiber Art Almanac and the Companion Journal.

Here are some links for stories about Scottish castle ruins, the SWRI and TKGA. Thanks, as usual, to Wikipedia for being such a great place to start research. And many thanks to Nancy Bush for her detailed, interesting article and her amazing knitting in Piecework, Spring 2014.