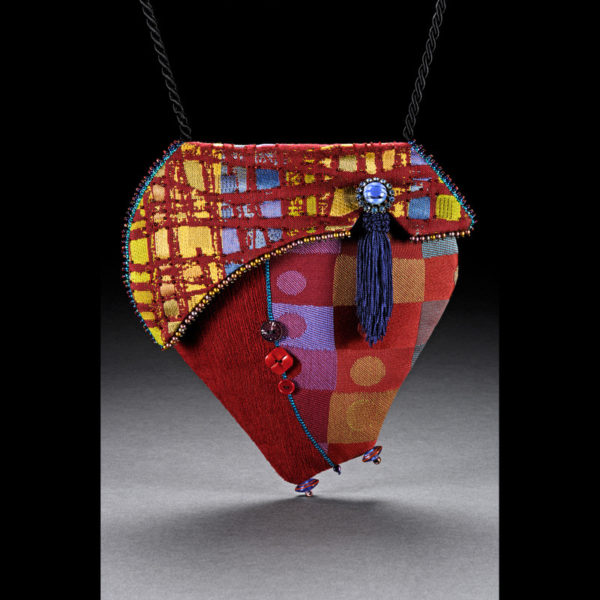 Two sisters, Char and Mariella, started making handbags twenty five years ago. Naming their business after their mother Helen; they credit her with teaching them about being creative, loving life and having fun. The award winning Helen’s Daughters Studio has two locations.  Char’s studio is in Baraboo, Wisconsin and Mariella’s studio is located in Preston, Minnesota. Each sister has her own design style that makes up their assortment of tapestry handbags, pocket books, totes, backpacks and purses. They describe them as ‘plain to fancy’, ‘pretty to bold’ but I haven’t seen one that isn’t absolutely fabulous as you can see by the images posted here. 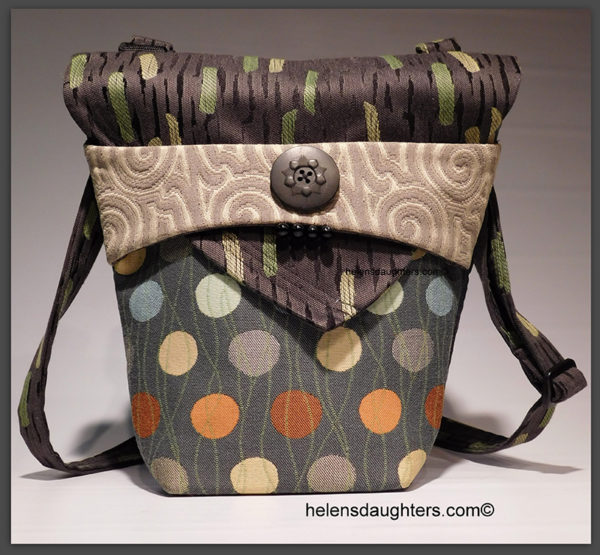 I’ve gotten to know Char a bit through working on the Threaded Streams Fiber Arts Trail in the Baraboo, area in southern Wisconsin. There are many wonderful aspects of their studio business to comment on and write about, but it’s Char’s dedication to her community that I’d like to bring to your attention. Char is a connector and recruiter. For example, a few summers ago, she noticed a fair-sized vacant space on a street corner in downtown Baraboo that had filled in with weeds. Instead of posting a rant on social media ‘why doesn’t someone do something about this!’ she decided to take on the project herself. It’s now filled with perennials that are tended to and bloom all summer. There was another derelict space close-by, so she recruited quilter and friend Maday Delgado. Maday has poured similar attention into that space and achieved great results as well. 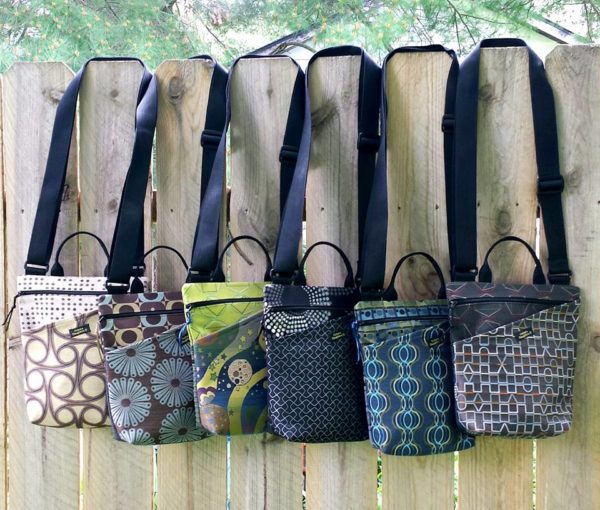 Char is an active member of the Sauk County Arts Association and is a principal player in local arts events such as ArtJune, Cool Boo and sponsors The Very Merry Holiday Fair in December. Once again, bringing people together is natural to Char. Having opened a working studio herself and knowing others have the same desire for getting their art known (and purchased), she founded Fall Art Tour twenty-three years ago. It’s a prestigious tour that includes a variety of art mediums in the areas of Baraboo, Spring Green and Mineral Point, Wisconsin. Thousands visit, shop, eat and stay over the long weekend—it’s always the third full weekend in October. Helen’s Daughters Studio also supports the Boys & Girls Club of Baraboo/Sauk County. Char is a positive role model and influence in her community by being involved in everyday activities and planning events that include many like-minded people. Char is also a founding member of Threaded Streams Fiber Arts Trail.

Right now, it’s high season for Helen’s Daughters. Between Char and Mariella, they are setting up shop at an art fair each weekend through October. After which art fair travel cools off a little bit and activities are centered on studio events. For a list of where you can find them, click here.