Portrait of a Weaver: Lila Nelson

Her story is entwined with the University of Minnesota, Vesterheim Museum, the Weavers Guild of Minnesota (WGM), and countless people Lila Nelson taught and mentored over the 60 plus years she was a weaver. I met Lila through the Weavers Guild. Linda Hansen introduced me to Lila, Sharon Hoiland and Louise French and I met them in Lila’s apartment in SE Minneapolis for a show and tell kind of afternoon. She opened a big trunk filled with tapestries rolled up like scrolls and shared her stories with her audience–a meaning here, a remembrance there.

Here’s a little bit of what she shared with us that day. 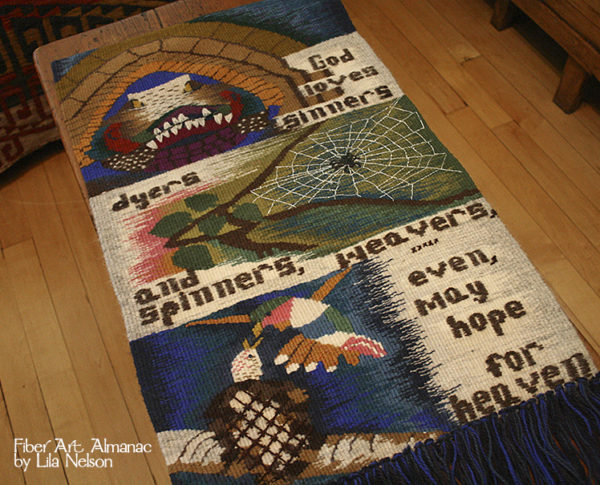 Looking back, she laughs as she remembers her first weaving lesson. The instructor was Estelle Downs; who was very knowledgeable but had very curt mannerisms. Estelle’s teaching style was ‘tough love’ requiring Lila to warp her own loom from the very beginning. Lila took all the instruction to heart and flourished. She joined the Weavers Guild of Minnesota in the early 1960’s back in the time when everyone was a Mrs. So and So, ladies wore gloves and the meetings were held at the YWCA. 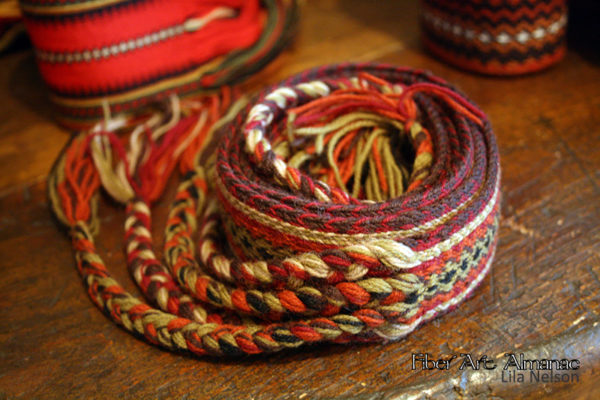 Through Lila’s husband’s work as a professor of Art History at the University of Minnesota, he was approached to become the first Director of the newly formed Vesterheim Museum in Decorah, Iowa. For decades Luther College was the beneficiary of countless Norwegian artifacts, household items, furniture, trunks, textiles, books and clothing from first generation Norwegian immigrants and families. The place was full. Finally, the college decided to separate their massive amount of Norwegian heirlooms into a space and collection devoted entirely to preserving and sharing the Norwegian-American immigrant experience.

Lila and her husband Marion worked as a team so when Marion became Vesterheim’s first director, he asked Lila to sort through the vast textile donations and work it into a collection. Without experience but up to the task Lila quickly learned the proper method of cataloging artifacts. Her work formed the foundation of the deep, rich reservoir of textile archives at Vesterheim today. 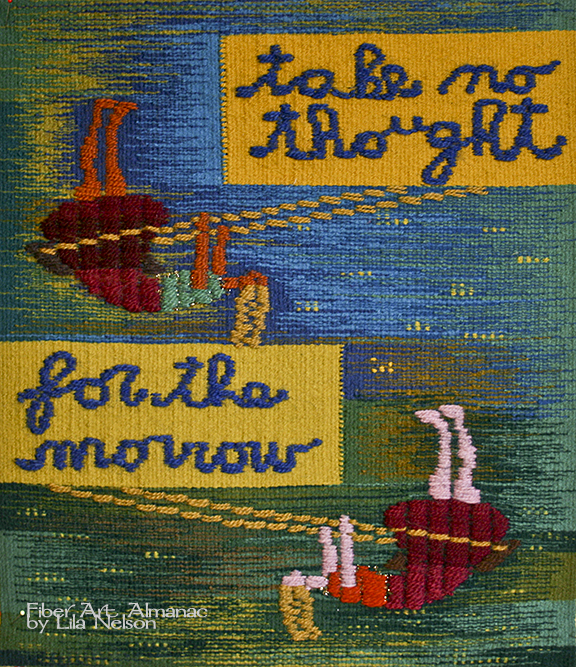 Lila and Marion spent summers in Decorah cataloging the artifacts at the new museum. Immersed in Norwegian textiles, Lila offered weaving classes in the old tradition to patrons of the young museum. As a part of museum program development she brought teachers from Norway and led art study tours throughout Norway where participants learned about Norwegian weaving and textiles. Patrons loved the cultural holidays and soon they included other types of Norwegian craft. Lila also taught Norwegian weaving at North House Folk School in Grand Marais, and at the Weavers Guild of Minnesota.

Bus travel was common in the  mid-1960’s especially when headed to a small, rural Midwestern town and since she and Marion didn’t own a car they picked up the bus to Decorah on Franklin Avenue in Minneapolis. In the early days of the museum, everyone pitched in when needed. Titles were not as important as getting the work done. So while Lila was sorting through textiles as the curator, she often took the role of ticket taker as well. She remembered a fun story when on a summer afternoon a man stopped by and asked if she would like to buy a raffle ticket to support the local high school sports team. Buying the ticket and putting it away, Lila didn’t think anything of it. At the end of the summer when she and a group of friends were chatting over dinner, the subject of a missing raffle winner was tossed out into the conversation. Remembering she purchased a ticket at the beginning of the summer, she checked her numbers and indeed; she had the winning ticket! The prize was a brand new red Ford Mustang! Lila said she hadn’t driven much but right then and there she decided it was time to get into the driver’s seat. After that, Lila and Marion drove her car to Decorah. 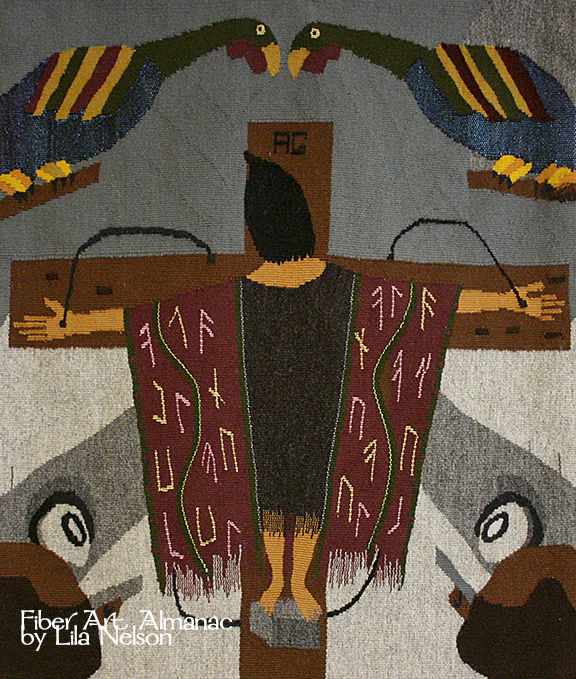 I met Lila when she was 89 and I immediately understood that her story was not about the past, although she had a very impressive body of work and so many rich experiences that continue to impact the weaving community today. While she never considered herself an artist, she loved poetry and playing with words. When she was in her 80’s (after Marion passed away) she combined her words into her weaving. Lila thought tapestry weaving allowed her weaving to become ‘more free’. Greatly influenced by 9/11 and the corresponding political climate, her concern over war, political issues and government policy shaped her work.

Weaving that expressed her own story not someone else’s tradition.

Lila was a featured textile artist in the Fiber Art Almanac 2012 and her brightly colored “Wind, Water and Stone” tapestry was on the cover. Many thanks to Linda Hansen and the WGM for introducing me to Lila, Louise French and Sharon Tessman Hoiland whose work is included in the 2012 Fiber Art Almanac. It has been a joy.

Lila Nelson at Textile Center and Weavers Guild of Minnesota