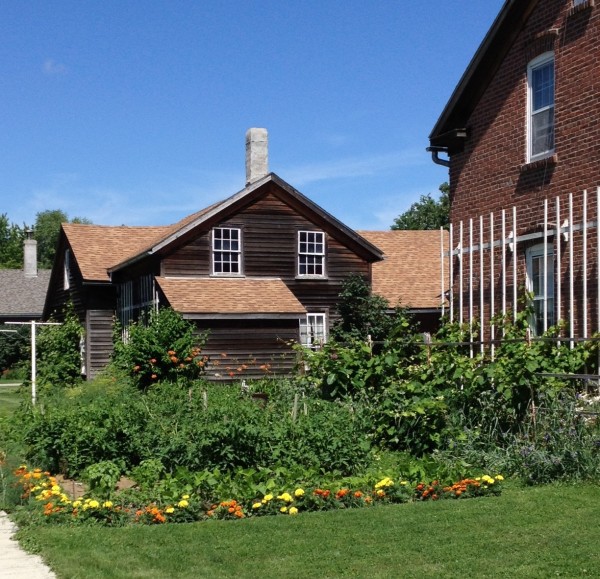 In this fast moving world, the most sane thing a person can do is to make something with their hands. I know this isn’t a new thought, there are artists, artisans and crafters everywhere who have echoed that sentiment throughout time. We are at an interesting juncture in this crazy catapulting society of ours; one that has a driving need for more able people to think progressively and at the same time sustain the traditions that give our culture its heritage and its place.

The people of the Amana Colonies in the Iowa River Valley have a 159 year history of progressive thinking and honing their hand crafting skills. Whether it’s brewing, woodworking, weaving, operating a woolen mill, their communal societal structure, winery, or quilt construction, they have persevered through some very difficult times and have made the necessary changes to keep their faith and community moving forward. 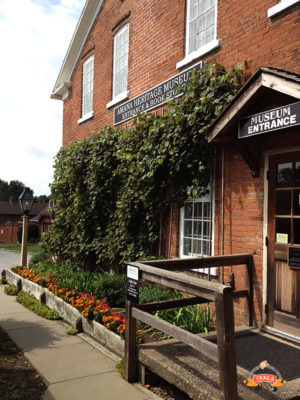 The original settlers were from Germany and in 1855 moved to the vast prairie recently settled as the state of Iowa. The goal of the Community of True Inspiration was to create a communal society free from outside religious pressure to conform to others’ way of thinking. (Everytime I think about pioneers ‘heading west’ I cannot imagine how the word obstacle was defined!) They settled seven small villages that formed a ring around their 26,000 acres of cropland. This allowed easy access for all farmers to work the fields regardless of their home village location. Over 50 communal kitchens fed the community five times a day. Breakfast, Lunch, Dinner, Lunch and Supper. The kitchens were run by the women and supported by the village smokehouse, ice house, bakery, gardens, orchards and winery maintained by the villagers. Housing, medical care, food, school and jobs were provided as a part of the communal life and for 80 years daily life continued as such.

Fires in the woolen and flour mills in the 1920s, the Great Depression, falling crop prices, loss of woolen mill orders were certainly contributing factors to the Great Change of 1932. On the inside, there were fundamental changes in how members viewed themselves in relation to individual goals and the community. Rather than fracture the community by rigidly maintaining the status quo; residents made a decisive move to keep their families and community together. They dissolved the communal way of life and formed a profit sharing corporation that managed the farmland, the mills and the larger enterprises. Private entrepreneurship was encouraged. One well known example is native George C. Foerstner, who recognized the need for a cold beer after the repeal of Prohibition. He started making beverage coolers. After WWII, Amana Refrigeration produced and sold the first upright freezer. Would ya believe it…the fridge in my own house! 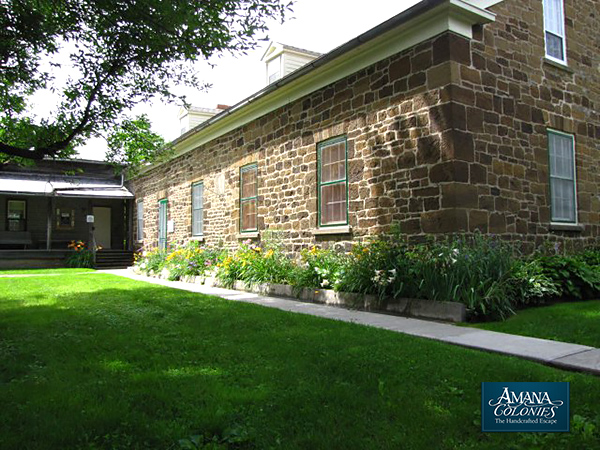 The weaving arts have a strong tradition in Amana. The woolen mill was the large scale, business side of their enterprise but there were also many community weavers that worked to supply the residents with rugs, blankets and bed covers. The oldest Amana comforters were made of whole cloth woven by the community weavers to fit single beds and filled with wool batting. The comforters, now known as quilts, were stitched to keep the batting in place. Not pieced like other American quilts, the Amana quilting tradition begins with weaving the cloth and then hand quilting the layers together with intricate patterns. 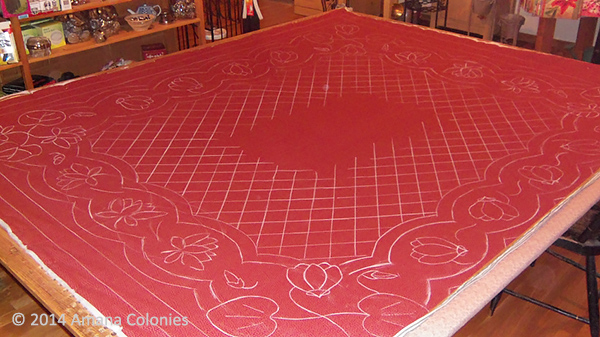 I visited with Caroline Trumpold who is a master quilter in the Amana tradition. Her father’s family are descendants of the original Community of True Inspiration formed in Frankfurt, Germany in the 1700s. Now, at 81, Caroline sat down and talked with me about the Amana tradition of quilting. Caroline says quilts did not come with them from Germany, so the quilting tradition developed over time and as usual, out of necessity. Below is one of Caroline’s quilts hanging in the Amana Arts Guild shop. 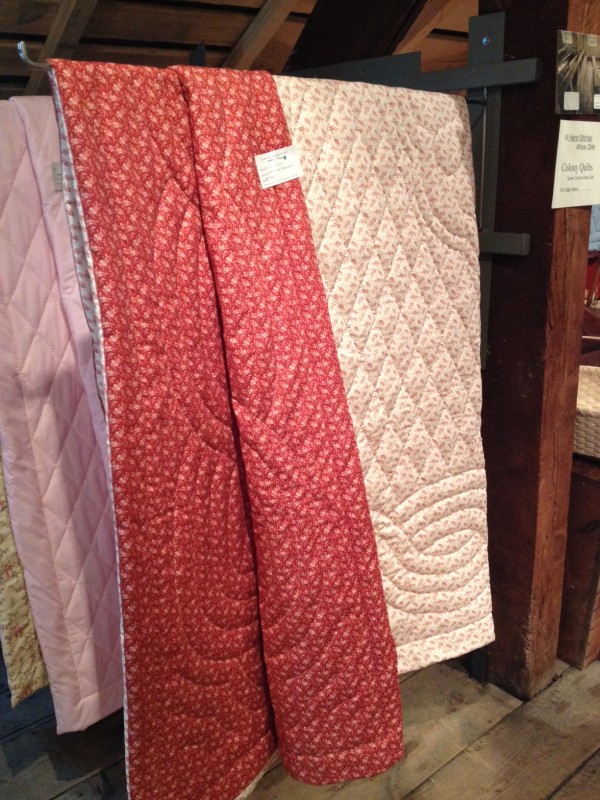 Caroline says her father made the pattern designs for she and her mother. In earlier times, the principal design was a diamond pattern in the center with flowers and feathers around the borders. Stored in plastic in an upstairs room, the patterns are big and made of tag board. Some of her favorites are laminated. Once the pattern design has been chosen, the pieces are laid out using a quilt frame. The top, batting and backing are positioned together and then the  patterns are chalked onto the quilt top. Quilters work from the outside in carefully rolling the stitched quilt as sections are completed. When the quilts are viewed in some light, they may look to include trapunto style quilting but Caroline assured me there is no stuffing between the stitches. Traditionally, the quilt tops are made from a solid colored fabric, the quilt backs can be made in either a print or solid. The stitching thread is in a contrast color of crochet perle cotton rather than quilting thread which is not as heavy. Small, fine even stitches are considered to be the highest level of accomplishment and show the pattern more distinctively.

Caroline’s quilting group included friends from the church, but she says there aren’t very many quilting parties now as most of the women have passed away or are just not quilting anymore. Caroline, who is still very active, tells a story of a friend who brings her finished quilt tops to their water aerobics class and hangs it up so they can all see it from the pool! 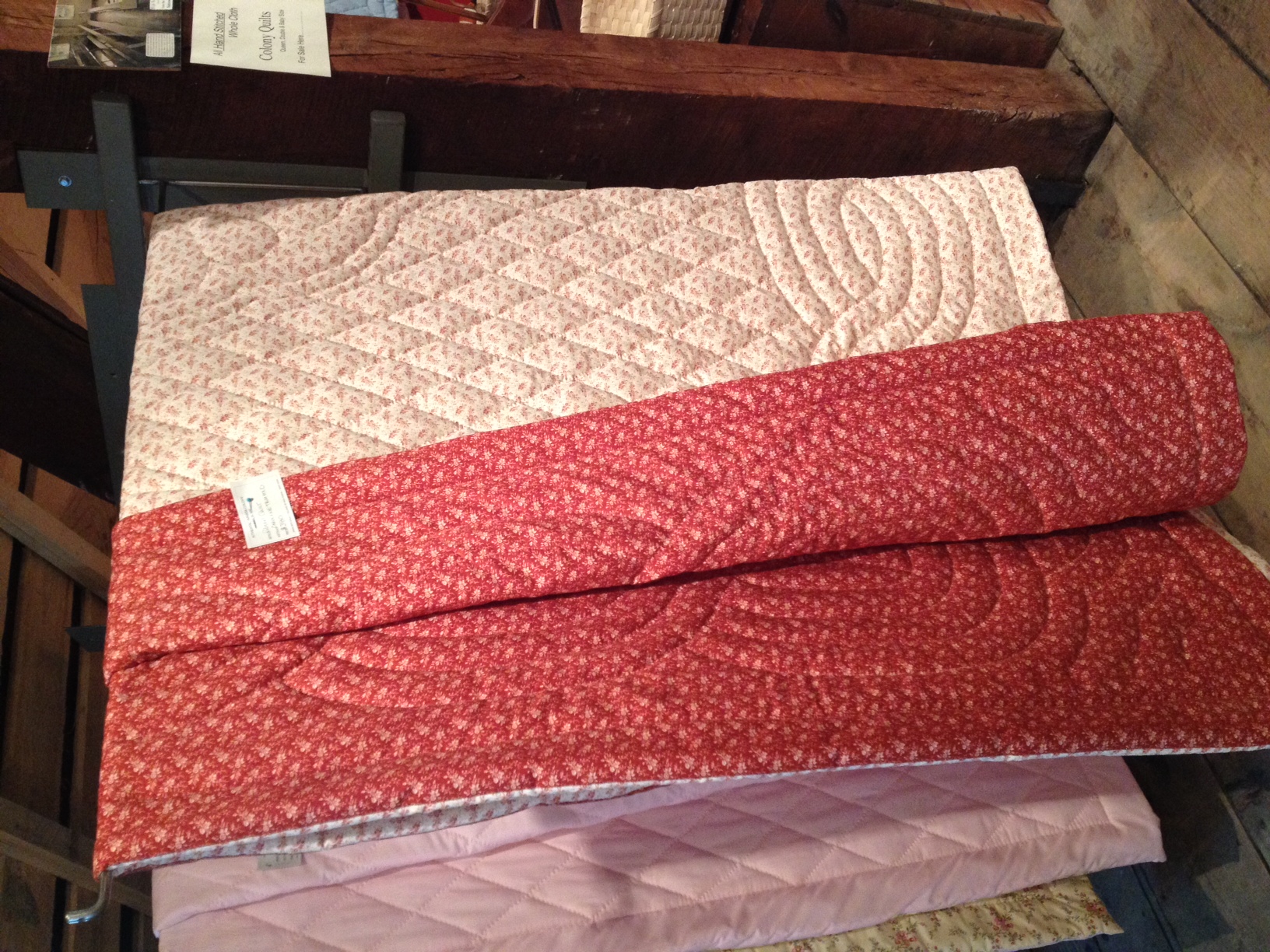 Caroline’s whole cloth quilt, “The Peacock” stitched in an elaborate feathery pattern is currently on tour with the exhibition, The Sum of Many Parts: 25 Quiltmakers from 21st Century America. The traveling exhibition is a joint project conceived and sponsored by the  US Embassy-Beijing.  Gary Locke, the U.S. Ambassador to China, says, “The focus of this exhibition provides a unique metaphor for our connected world. An ancient and global phenomenon, quilts represent a celebration of diversity—a combination of materials, design, learning, and purpose that leads to a unified and beautiful whole. Through this exhibition, we are pleased to share these extraordinary examples of American quilts with the people of China and celebrate the common threads between our two countries.”  The exhibit toured China throughout 2012 and 2013 and made its first American appearance in Des Moines in September 2013 at the State Historical Museum of Iowa. 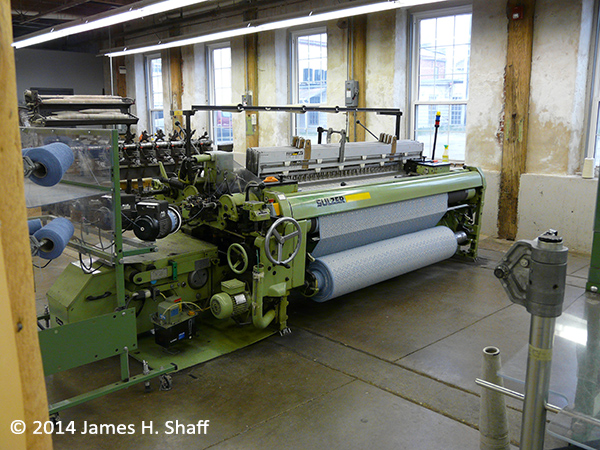 While Amana has been well recognized for their craftsmanship for textiles, furniture, clocks, baskets, woodworking and of course tasty German bier; they are looking to future generations to carry on the traditions of Amana arts. I recently learned Caroline is teaching the Amana quilting tradition to next generation quilter, Jennifer Mundt. Now the ‘looming’ question is how to keep the traditional arts alive and flourishing. Arts events are planned throughout the year with demonstrations and quilts for sale.