Living the dream down on the farm!

George Sundstrom says he’s living the American Dream and believe it, he is. George and Jeanette’s family run Sun Valley Fiber business has the hallmark of an American success story. Nestled in the rolling hills of southern Wisconsin, their farm includes the usual barnyard critters, a wood shop, dye kitchen, gardens and a growing hand dyed yarn business.

After years of landscape projects and work as a court reporter, George and Jeanette felt they needed some more room. You know, room. Land, long views and fewer people. In ‘96 they bought land southwest of Mt. Horeb, WI and at first it was just weekends, then more time spent baling hay for farmers and a little more time spent acquiring and working on antique tractors and a lot less time in the northern ‘burbs of Chicago. In 2001 they moved for good and built the house they call home. 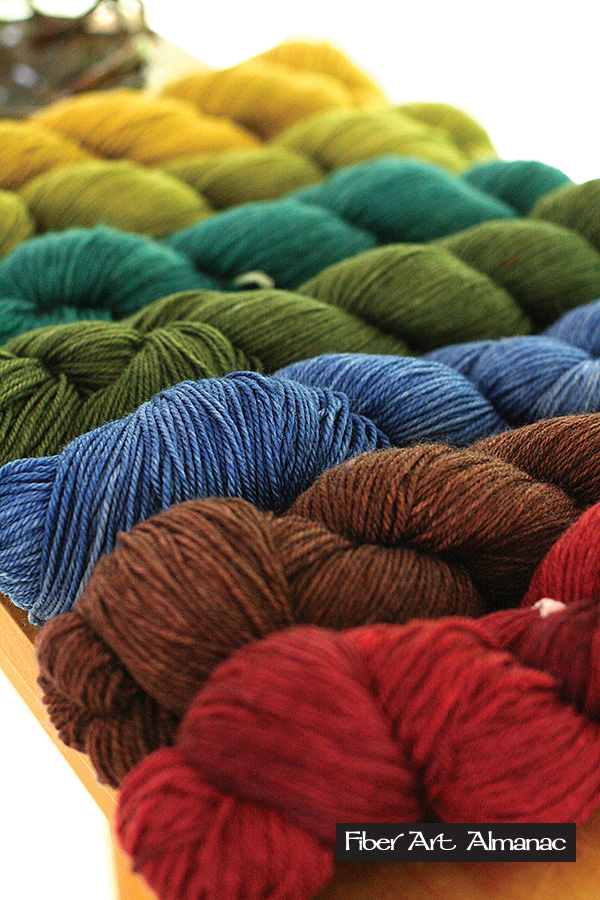 Together they planted a farmer’s market sized vegetable garden, continued to bale hay and Jeanette went to work as a court reporter in nearby Madison. Their hobby farm had all of the usual barnyard accents; some chickens, a few goats, dogs and plenty of barn cats. But it wasn’t until 2004 when George was taking their daughters to school that the first ‘fiber’ critter entered their domain. The girls had seen the llama farm and were very insistent that Daddy stop and take a look. Eventually, he ‘caved’ and that was the tipping point.

What would a llama have to guard if there were no sheep?  So they started off slowly and learned how to be shepherds. Two llama and three ewe and one ram named Valentino—what can happen with that?  First there were six babies and as Jeanette says, “after that it was Romper Room in the barn.” 50-60 lambs each spring will have an impact. They selected Icelandic sheep which is a primitive breed with amazingly beautiful wool and more intelligence than most breeds of sheep. As an example their sheep learned how to ‘open’ the fence gates so keep them from wandering off; the gates had to be child-proofed. The sheep come running into the barn if the weather looks and feels like rain. Jeanette says they really don’t need a border collie because they perfectly understand her bossy voice! When she gets bossy, they listen. 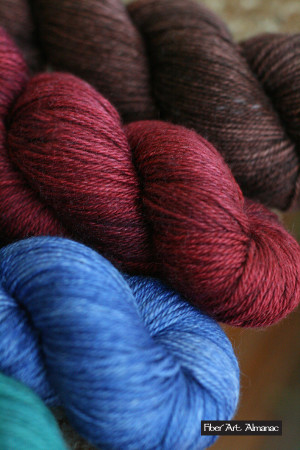 Their Icelandic sheep produced an array of fiber in natural shades which fiber enthusiasts liked so much George and Jeanette were out of stock half-way through the show season in 2006. Reacting to the success of their natural Icelandic yarn and seeing the upward trend of hand-dyed yarn, they made another big shift in their lives.

Opportunity is a powerful motivator and it didn’t take much to motivate two hard-working and determined business owners like the Sundstroms. This called for reprioritization (you can’t do it all) of work effort on the farm. Baling hay and the large scale vegetable gardens were put on the back burner. And, sadly to say, all those antique tractors required time to keep them in good working order, too. The tractors were a joy for someone like George who loves mechanics, but it was time to move forward. 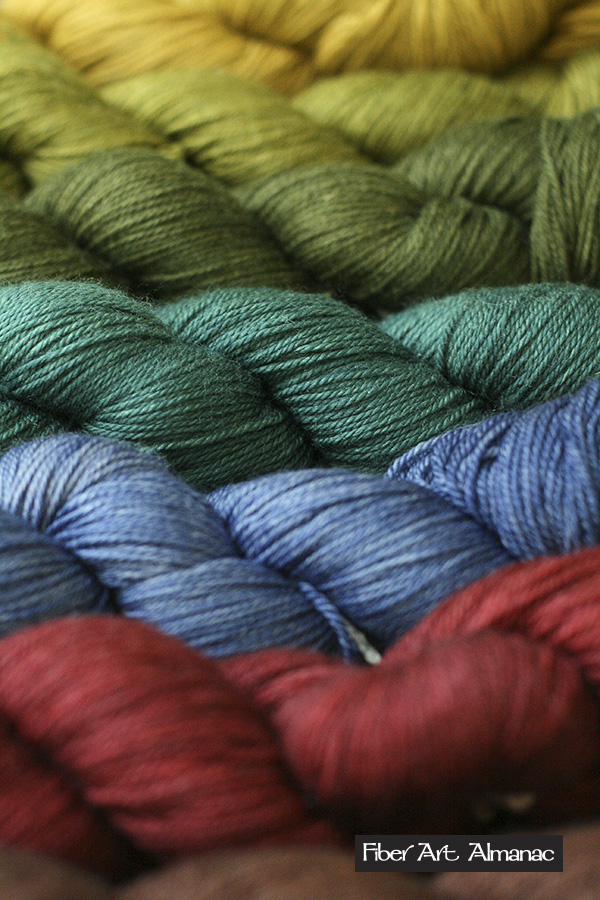 Jeanette created her own dye recipe catalog which contains hundreds of her trade secret colors. They sell at both wholesale and retail and go to shows all year long. George has a new product on the market called Yarn Buddies. Each one is hand crafted from wood and it spins like a lazy susan with a center post that pokes up through the wound up ball of yarn. So, when Jeanette says, “the yarn has completely taken over!” she means they are looking forward to what future business may bring. Down on the farm, they still have 34 sheep, the cats and a couple lazy dogs. It is the American dream.

Last year, they launched a new style retreat for yarn lovers who would like to warm-up and melt off the cold snow in nearby Madison. The upcoming ‘Janaury Thaw Retreat’ is scheduled for January 22-24, 2015. Details can be found here!